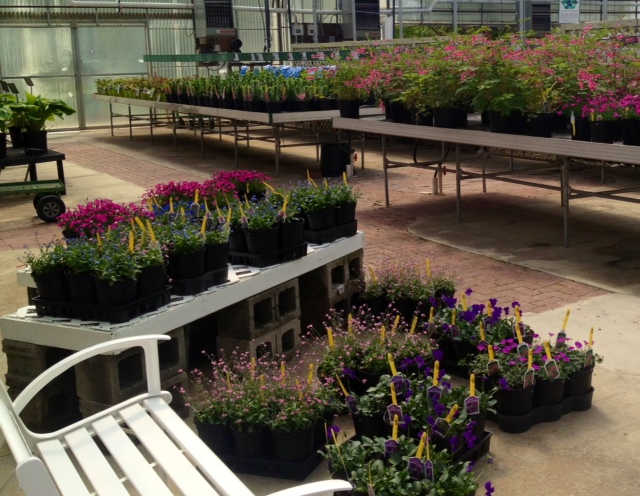 Now that the Vernal equinox is past, the spring season has begun with daylight hours now longer than the nights. Soon it will be time to stop lighting tuberous begonias and dahlias in the greenhouse as the longer daylight hours will ensure that the plants will make growth for flowering instead of the energy going to tuber formation during shorter days.

Truckloads of stock have arrived all this past week as we scurry to set up the sales yard. Much of the stock though has not been placed on the on-line inventory in order to discourage sales (ironically) as during the unloading process, loaders and wagons are going full tilt which can make for a dangerous situation for anyone in the area.

The previous week of bitter cold placed some chores on hold so that the hurried pace of the early spring is even more accelerated.

Most of the new perennial flower stock has been potted as late last week thousands of plants arrived all at once causing the potting assembly to ramp up into high gear. Relatively cool temperatures so far are keeping a lid on a quick spring flush especially after such an abnormally warm February.

Soon the new on-line catalog will be posted with all the beautiful photos of the stock just in time for spring sales. To say the least, it’s been a very busy winter getting ready for spring.