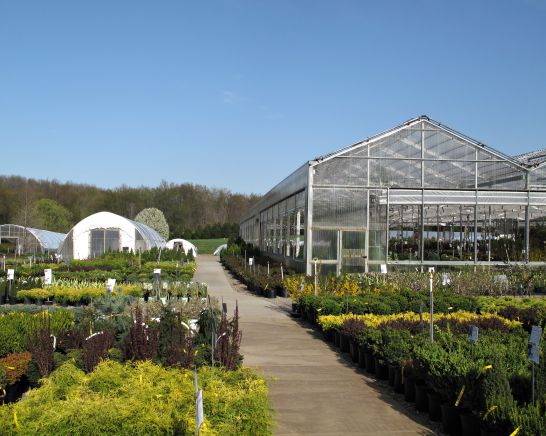 With April 1st tomorrow, things have readily geared up in the temperature department as well as the work amount and work speed at the nursery. Massive amounts of bare-root trees and shrubs have arrived that must be handled quickly as the bare roots are subject to drying out that will cause death to the plants. After preparation of trimming, tagging and root pruning, the stock must be potted in our mix consisting of pine bark that is mixed with sphagnum peat and certain fertilizers.  They are then ready for sale around July 4th, or, sometimes, not until next spring.

As the above process of potting goes on, stock out of the over-wintering huts must be pulled out and more truck loads of purchased stock still are arriving.

The cold weather of the previous week has slowed down the flowering and growth of plants on the outside although now much of the required degree days, as it is called, has been achieved already causing the environment to “wake up”. The advent of the spring awakening was celebrated long ago on April 1st by that date being chosen as the first of the new year. With an act of Parliament in the year 1759, January 1st was declared the beginning of the new year.

With the above change, does that mean the father of our country, George Washington was born not on February 22, 1732 but February 22, 1733? Or why would his birth date in the family bible be given as February 5, 1732? Who knows!