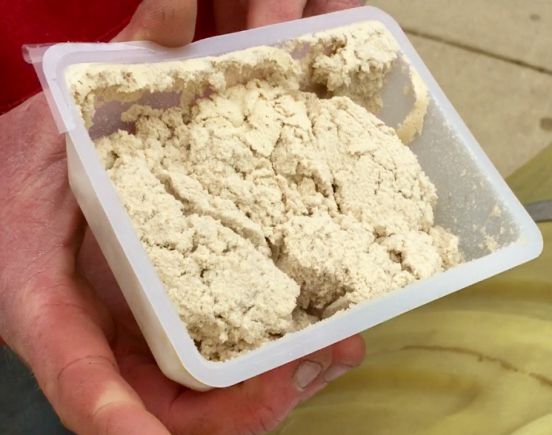 After the cold rain last Saturday and then the very cool, sunny, windy day on Sunday followed by two freezes at the nursery, the question really is “what’s next?”

As always, weather patterns vary widely from year to year mainly due to the winds of the jet stream. Needless to say, there is no shortage of water here in Ohio and record snows and rains in California have ended the drought and alleviated the pressure from wild fires that have ravaged that state and the entire western part of the country.

In the greenhouse, the beneficial nematodes (seen below) have kept the mostly destructive thrip insect in check while cutting down on spraying chemicals for insect control by almost one half. It is difficult to manage insect control with all beneficial insects as many do not eat pollen from flowers to survive and then are left with nothing to eat.

Unfortunately, wind and rain have made weed control in Wolf Creek garden lack luster to say the least as the few sunny, less windy days customer service must take priority over weed control.
Things are looking up though as the forecast for next week appears to be for more “normal” weather for the latter half of May whatever “normal” is.

In a way it is strange that there is only one day to honor mothers as everyone knows that a mother is actually a keystone in a family raising children, preparing family meals, shopping, cleaning, tending the garden, canning and freezing food…as the saying goes, “ a mother’s work is never done.” It reminds me of my own mother and her mother which did so much and basically how much mothers are under appreciated.