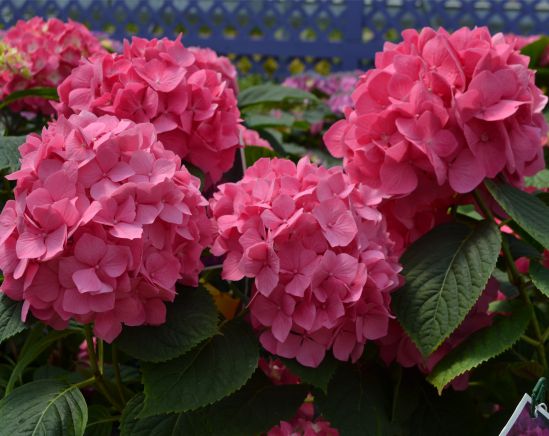 This past week the heavy rains have been about one mile north and one mile south of the nursery with about no rain at the nursery! The nursery stock has been growing nicely as well as the weeds which makes for constant weed control in the outside sales yard as it is good fodder for weeds because of the everyday irrigation.

Constant re-potting is the norm as some shrubs are “shifted up” which means they are transferred to a large pot to grow larger. Mostly all trees that were potted in late March and early April are now available and will be sold this summer, fall and next spring. Trimming is another matter. Most varieties of the newly potted hydrangeas have already been trimmed twice and will need at least 2 more trimmings.

Then there is always a “project”. Three overwintering structures constructed in 1994 must be razed and new ones constructed because of corrosion making the houses weak and in danger of collapsing under the weight of heavy snow.

With next week’s Blueberry Fest there’s even more work to do! Who said summer is slow compared to spring!