Blueberry Fest was a success! 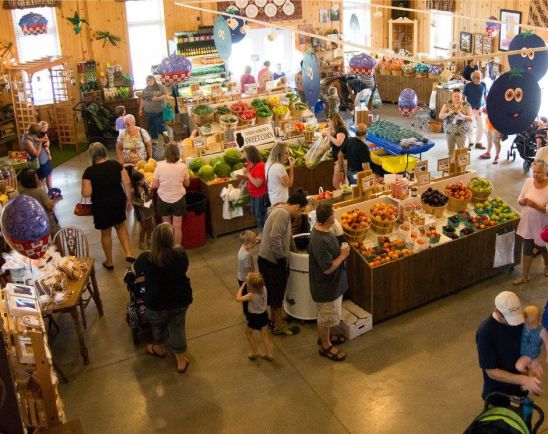 Last Saturday, the Blueberry Fest seemed quite the hit as evidenced by the full parking lot that remained full for hours as well as finding parking spots for the additional 25-30 vehicles that could not fit into the already full lined spots. Now the question is how to properly manage the fall festival that is set for the third weekend in September!

The hot, humid weather of July has returned although rainfall has been adequate unlike the dryness of last year. The potting of plants goes on beginning with the receipt of clematis varieties that will be available next spring. For some reason, the Queen of Vines sold better than ever this year probably having to do with the popularity of vertical gardening and the fact that clematis are available in a multitude of colors with an ever expanding pallet of new varieties from various breeders.

Next week, local sweet corn from the Seiberling Farms will flood the Owl Barn with the first sugar enhanced, synergistic variety called “Espresso” comes into ripeness. With refrigeration, these new varieties that are much different from those of yesteryear will remain sweet in the refrigerator for at least 3 days according to Chuck Seiberling although Chuck has stated that some of the customers had told him that they have held the sweet corn for a week after picking!

The nursery has been seasonally slow in these dog days of summer although folks in our garden club have enjoyed spending their Dayton Dollars coupons which spend like cash except on produce items.

At the Columbus trade show called Cultivate, many vendors showed off their new exciting wares for the spring 2018 season and beyond. The problem is that some of the older varieties must be eliminated to make room for the new but as always the question is which ones!