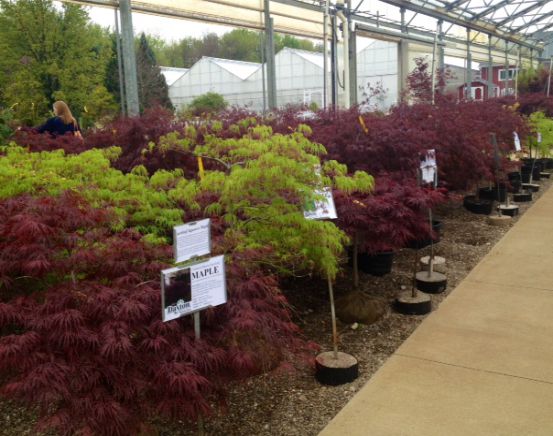 Today is the beginning of our yearly Fall Clearance sale for Garden Club Members only. For early risers, the nursery opened at 7:30 this morning and will remain open for our usual weekly close time of 7 p.m. Tomorrow, the nursery is open until 6 p.m. Early-to-visit Garden Club Members will be treated to a variety of choice stock that they will be able to purchase at 50% off the regular price. Only that stock which is in our sales area will be 50% off so that inventory numbers on the internet listing will not match up necessarily as to what is available at the 50% off price. These “extra” inventory numbers all in the rear growing area are available but not at the 50% off cost. Remember also that the 50% off items cannot be placed on account but must be paid when the items are taken or picked up later within 30 days.

September 1st is also the 302nd anniversary of the death of the Sun King Louis XIV of France in 1715. Louis had a profound influence on gardening with the planting and construction of his lavish gardens at Versailles in which he used 60% of the entire country’s revenue each year for 40 years to accomplish his vision. Louis as an absolute Monarch was quite demanding as he wanted vegetables earlier and later than the norm for his dining pleasure so that his gardeners came up with the Marais system of gardening which is still used in one fashion or another by home owners today. An excellent book describing the system is one written by the Poisson husband and wife team that gives the Marais system an American twist in their book American Intensive Gardening. Too bad Louis didn’t confine his interests to running France well and gardening as his rule resulted in four ruinous wars that nearly bankrupted the country along with his lavish spending on Versailles.

Remember the Fall Festival is coming up with a whole slew of events for the family on September 16th. We’ll see you there!