Time to pack it in 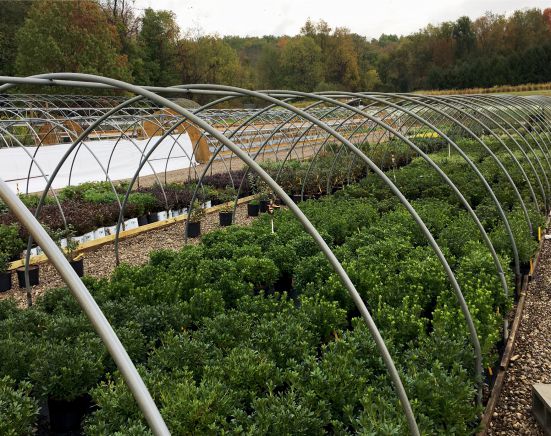 With a decent frost last Sunday morning, the northern and western slope of the store roof was white until almost 9 a.m. Fortunately, the irrigation clock begins the watering cycle at 4 a.m. and protected the evergreen azaleas from a hard frost as the flower inside the buds can be killed by early frost.  Years ago a frost in late September on the azaleas killed the buds on the top of the plant as I noticed the center of the bud brown inside instead of the usual bright green.  When I telephoned my friend and mentor, Mr. John Ravenstein, head propagator for Losely Nursery about my discovery, he related to me that he always thought that the buds on evergreen azalea could be killed by an early fall frost but that nobody would believe him.

Stock in the back growing houses is being re-weeded, trimmed and inventoried as it is lined up close together because the time has come to get these houses ready for winter that are nothing more than a quonset style type steel frame on which white plastic will be stretched.

The mum season is winding down as we are selling through the later blooming varieties although we have none of the latest blooming Stavinsky mums that bloom near the end of October and into November. Since weather can be a problem that late in the season, we decided not to risk  being able to sell these mums bred to bloom closer to All Saints Day onNovember 2nd.

Repair still continues on the overwintering structures while plants are being shuffled around inside the structures.  The great challenge is to separate all the saleable inventory from the not yet saleable inventory which is quite an endeavor.  The goal is for an accurate inventory that is listed on line.

Fall as is spring means mega amounts of work although the spring madness is unsurpassable.