Plenty to do in June… 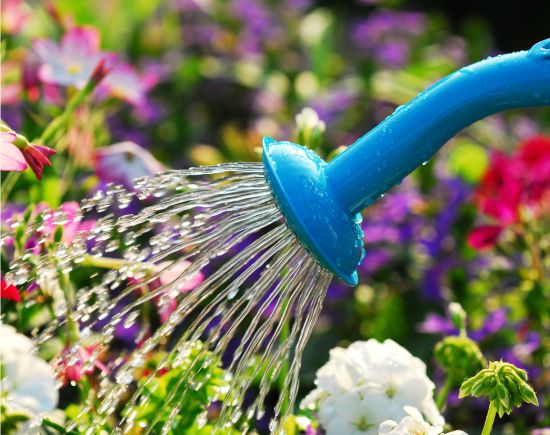 What’s there to do in the garden the last half of June? Plenty!

If not already accomplished, all evergreen azalea, deciduous azalea and small-leaved rhododendron need sprayed with a pesticide containing the active ingredient called acephate such as in the product with the trade name of Bonide Systemic Insect Spray. The insect that sure will attack these plants is the invasive species of lacebug that has found its way to the north around 2003. The younger stage of the insect called nymphs, are under the leaves and suck the plant’s fluids that stunt growth and turn the foliage from a lush normal green to a bronze color. The acephate containing insecticide is systemic so that contact with the insect is not necessary although contact will result in an immediate kill. A follow up spray is necessary one week to 10 days later to eliminate any of the insects that hatch from eggs deposited on the undersides of the leaves.

Control of the European Two-Spotted Spider mite is difficult as many effective chemicals are no longer on the market for consumer use. The best way to deal with an infestation of these critters is to spray the plant with water every morning and especially under the leaves to knock them off. Spider mites like hot, dry weather and do not do well in wet conditions especially with water being sprayed forcefully.

One final watch point are bag worms that love to eat away at many plants including arborvitae. A somewhat browning abnormally can occur at the top pf the arborvitae in which closer examination will reveal a slightly moving or jerking of a bag-like structure of foliage that is actually the larvae of the insect moving to eat more foliage. Although it is almost impossible to kill the larva in its protective “bag”, a spray containing acephate will stop the feeding destruction of this insect.

Just a few of many things to watch in the garden.

Be sure to check out our June calendar online for other timely to-do’s.