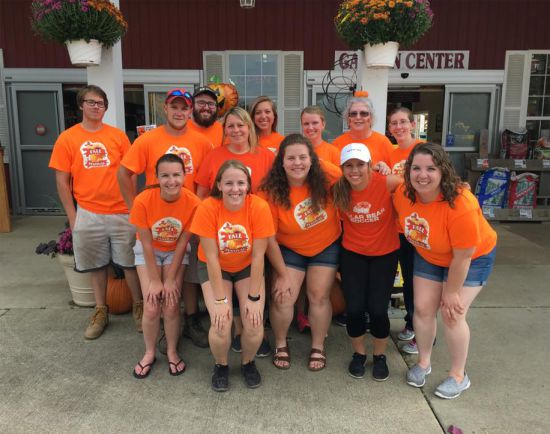 The past rainy weekend with a slow, steady downfall for sure has replenished the soil moisture and now even more has fallen with the influence of Hurricane Florence. Years ago, hurricane Frederick stalled over the Akron area with the result of severe flooding of the local area as it washed out parts of roads such as Hudson Run in Barberton and elsewhere.

Now with the combination of soil moisture and the coming fall frosts, leaf color in Ohio should be quite intense (theoretically). A warm, dry fall season does not produce the pigments in the trees to result in the shades or red, yellow and orange colorations for October. Sadly, the color no longer prevalent in the landscape are the purple hues once produced by the American White Ash as it has fallen prey and now largely wiped out by the invasive Asian pest called the Emerald Ash borer. Literally, billions of trees have died and has left the forest floor exposed to more light so that sometimes non-native invasive weeds can accelerate their growth.

Trees are imported for a variety of reasons and just one of which is water retention and hence flood control as a thick forest is said to absorb up to 90% of a rainfall making it not only a storehouse of wood but also one of water as President Theodore Roosevelt so elequently wrote in his Arbor Day speech to the school children of the United States in 1907.

Tomorrow is our 11th Fall Festival with a variety of activities for adults and children alike. Take a look at our list of activities that will be centered around the Owl Barn and all of the nursery as well. Hopefully, it will be warm and not so hot as it was during the Blueberry Fest. The purchase of tickets is required but the overall cost is minimal as compared to the numerous activities available.

The mums keep progressing as far as bloom now that the nights are cooler but how strange it is that even now most of the earlier varieties are not in bloom. It will be interesting to see how the mum gardens in Barberton perform as the Mum Fest nears.