Weather is always a factor… 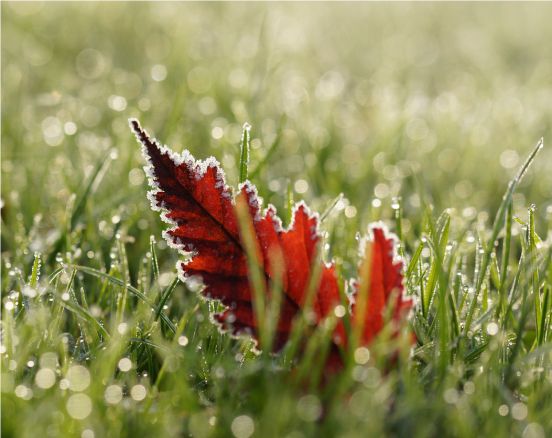 Weather is a factor in many businesses and especially the plant business as far as sales and work that must be accomplished. Constant rain has made it miserable to collect branches for grave blankets as we struggle to carry them from the field to our truck on more solid ground.

Clean up around the nursery has been slower to pick up debris and fallen leaves as it is for lawn crews trying to finish up with the fall cleanup. Additional plantings in the Wolf Creek Botanical Garden have been delayed as we finish up other chores and hope that the ground does not freeze before these plantings can be accomplished.

Orders for greenhouse stock are finally accomplished so now the audacious task of what to do with unrooted cuttings and what are known as “plugs” begin. On some nursery stock, some of the prices have gone up significantly much to our chagrin. Two growers of stock that I questioned related to me that in some areas, supply is tight as after the economic mess beginning in 2008, many nurseries got stuck with too many plants and sold items with little or no profit. Some nurseries even burned nice trees as they could not sell them. Some trees sold at severely discounted prices and the grower found that the handling costs were more than they were charging resulting in the final rouging of the trees. In short, most nurseries severely cut back on the planting of stock as the cycle of production is from two to as many as ten years for larger trees. As one grower stated that he was not willing to “go out on a limb” again and get hammered during another severe recession. It may be years before supplies of long term trees and shrubs return to the normal.

Last weekend we opened our greenhouse for poinsettias and grave decorations for pick up or ordering for later pick up or delivery. Surprisingly we are not too far behind on construction of the grave decorations with all the trouble with branch harvesting. In the next few days we are going to play catch up first with our orders and then for ready to sell and carry product. 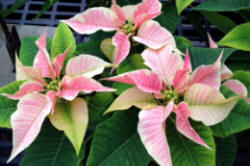 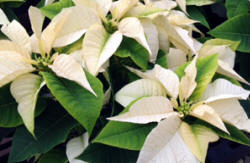 Cut trees have arrived of Fraser Fir and a limited amount of white pine without any scotch pine this year as a southern Ohio grower did not ship them as they chose to exit the scotch pine business because of it has become unprofitable. 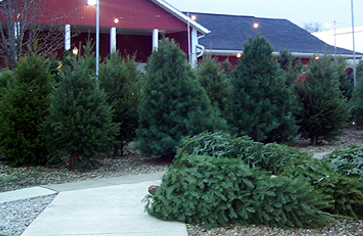 If it’s going to be cold, it might as well snow.