With Thanksgiving now past, we are on to Christmas 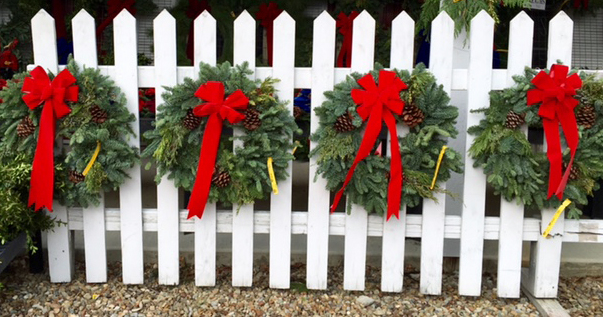 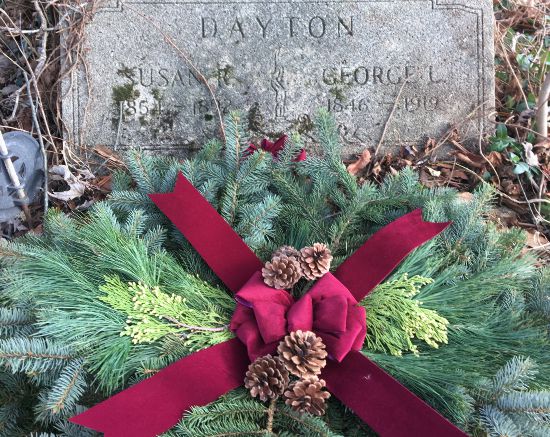 With the Thanksgiving holiday now past, we have been able to keep up with the rush of customers wanting their deliveries and pickups of grave decorations before Thanksgiving. Surprisingly, the greens will stay fresh through the winter until about March due to the cooler temperatures and added moisture from snow and rain.

As we celebrate the first Thanksgiving in the Plymouth Colony in the early 17th century, relations between the native people and new European immigrants is portrayed as congenial but throughout American history the native people did not fare well as the settlers coveted their land, tensions rose and many of the native people were killed by the settlers, starvation and by disease. Today, the situation is much better although far from perfect.

Unfortunately we have run out of white pine roping already as the majority of stock ordered was destroyed in a reefer truck in which the refrigeration unit was not activated and another caught on fire. Just wondering if such products were insured as was a container of nursery stock that was almost totally destroyed as it traveled by train through the northern part of the country to the nursery in late March of 2013 with temperatures around 0º Fahrenheit and no temperature control.

The mice problem seems to be under control in the overwintering huts but in the store they just seem to keep coming as they want the warmth and the food in the store in the form of bird seed.

Our expanded line of porch pots, small box of evergreens called a Christmas box and even hanging baskets have been a hit as this year the selection is wider compared to past years. Most likely, tree sales will be somewhat brisk today and this weekend and especially for the large 10-11 ft. trees that are quite difficult to stand up due to their massive size. 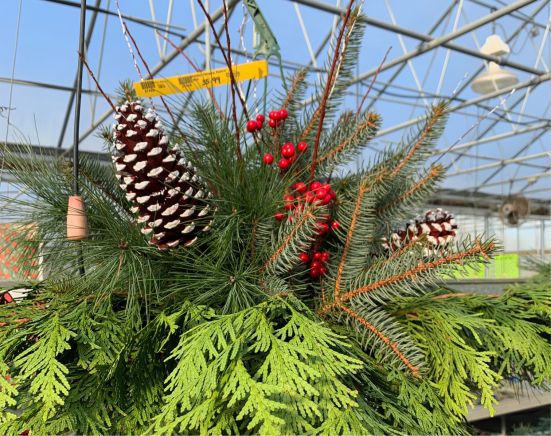 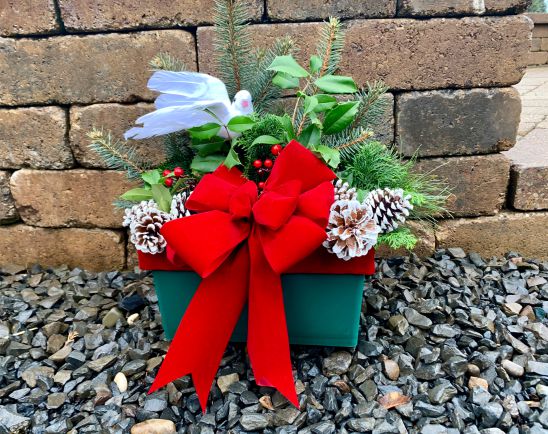 This past week the final planting of daffodils and narcissus was completed although since the weather is relatively warm, it’s tempting to buy another thousand or so if they are available. We’ll see!