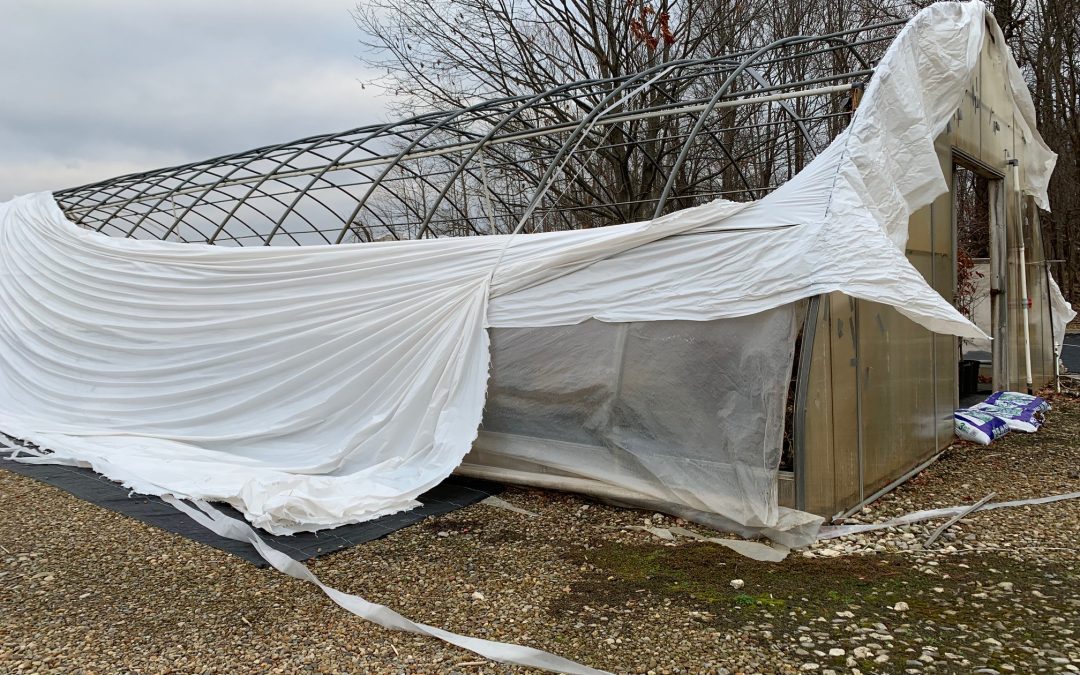 The wind of last Sunday was exceptionally strong and even with precautions taken, minor damage was evident except that the plastic film of our biggest storage house was decimated even with it being tightly fastend and straps called batten straps were present to further secure it.

This overwintering hut is not heated as its only used to store valuable trees and shrubs from extreme winter cold and wind so that the roots are not killed. Contained in this house is a high value of plant material including trees and shrubs of Japanese maples, redbud varieties, weeping cherries, Franklinia, hydrangeas, holly, boxwood . . .

To repair the house, new plastic film was obtained but had to be “welded” together to make it fit the house as the size needed is a custom size not readily available. In order to connect the pieces, the edges of each piece is overlapped about one foot and then wax paper placed over the overlapping area to which a hot iron is applied to the wax paper that will securely fasten the plastic together and so much so that the bond is stronger than the single layer of poly.

My friend and mentor, Mr. John Ravenstein told me about this many years ago when I replied that I had learned in school that the polyethylene film cover cannot to be fastened together. When I asked him why, “they”
would say that he simply replied “I don’t know.”

Nothing is “boring” at the nursery for very long.