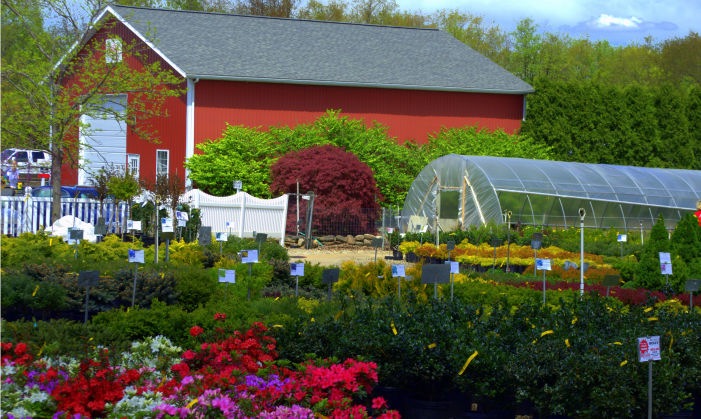 Our recent restock of the season of arborvitae and Green Giant Western red cedars from mid-May are nearly gone so that we are restocking yet again for the first of June. While the Emerald Green Arborvitae will only be available in our larger 5-6′ size, a price reduction will be passed on to our customers so that the cost will be substantially lower than the regular price of $69.99

Hydrangea ‘Bobo’ has been a hard to get item but now will be restocked in a 3 gallon size along with some balled and burlapped rhododendron and at least 3 varieties of 3 gallon azalea.

Some greenhouse product that we normally stock through mid June however is another matter as all our major suppliers are out of just about everything! It’s difficult to believe that June will be next Monday although we are still in the merry month of May.

Our overwintering huts have finally shed there polyethylene plastic film now that the danger of frost has finally lifted.

After that, we need some serious weed control after being neglected about 6 weeks due to the busy season. Then here we go again with the arrival of June with ornamental grasses, followed by thousands of hostas and some other perennials.

Busy and busier as it goes at the nursery!