What Does Punxsutawney Phil Know? 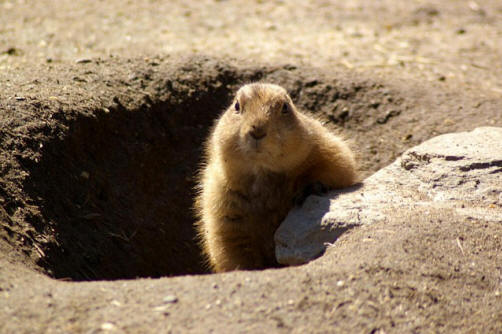 For gardeners, farmers, nurserymen and those in the orchard business, the return of more normally cold weather is a blessing. One type of weather not needed though is like that of February 2015 that was relentlessly cold. In fact, that February was reported by the National Weather Service to be the coldest February as far as average temperatures have been recorded by Cleveland since 1875!

By the middle of this month, the days grow gradually warmer and the average temperatures in Ohio for January have been on the warm and wet side for the most part. The folks in the Portland, Oregon area have received several inches of snow and somewhat colder temperatures than  normal. For the most part, Portland is known for its mild winter due to the Pacific climate which is very similar to the effect the Gulf Stream has on northern Europe. Once in a great while though, a cold front will appear out of nowhere dropping temperatures into the single digits. I remember talking to an old lady when I visited Vancouver, Canada and related to her of how beautiful the weather in summer is in Vancouver and that the winters are so mild. She replied that while my  observations are true the depressing fact is that the skies are mostly gray all winter and accompanied by a cold, almost never ending drizzle. In fact, when Lewis and Clark spent their first winter along the Oregon coast they had written in their diary about the never ending winter rain  and how some men in their party were quite depressed.

The first in our series of winter seminars is tomorrow with Judy Semroc from the Cleveland Museum of Natural History on the subject of damselflies and dragonflies. As usual, all seminars begin at 11 a.m. and finish up at 1 p.m. Hope to see you in the Owl Barn.