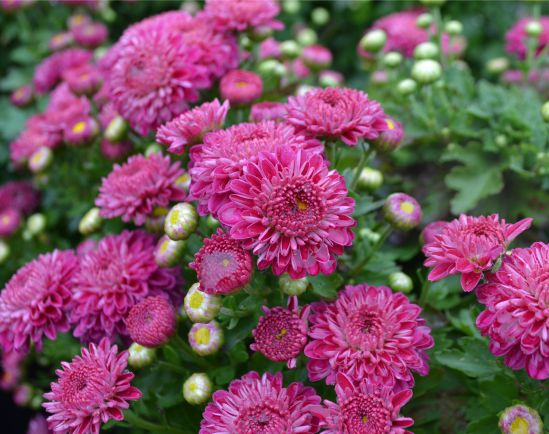 With the autumnal equinox, the fall season officially begins although no one would notice because of the summer like temperatures of this past week. Leaf color is beginning to appear and it remains to be seen whether or not it will be as intense as usual due to the mini-drought of at least the past 6 weeks.

Chrysanthemums are now “showing off their skills” in a blaze of color so typical of the fall season and the blaze is as intense at the mum gardens in Barberton as the last minute preparations are made for the festival beginning at 10 a.m. tomorrow and ending on late Sunday afternoon. This 26th year of the Mum Festival has seen the growth of not only the mums but the growth of visitors from all over the state and even out of state as everyone enjoys the events centered around Lake Anna and the mum garden. This year the mum gardens have been renamed the Bill Aulenbach Centennial Gardens in reference to Barberton’s founding in 1891 and the first mum fest. Bill Aulenbach of the Yoder Brothers Company (now Aris) has been an advisor as far as the selection and the growing of the mums since the first planting of the garden in 1991. After about 60 years of dedicated service to the company, Bill is still behind the scenes planning and selecting the mums so that the display will remain new and fresh every year with the prime time of bloom coinciding with the festival near the end of September.

At the nursery too is mum time although the ever hardy Igloo mums created by the Aris company are nearly sold out. Fall “things” such as corn stalks, pumpkins and straw bales are the norm too along with the nursery stock with many selected items half off.

The evergreen azaleas have just finished rooting and will be transplanted in a couple of weeks along with geranium “plugs” as they are called, so that these stock geraniums will grow and develop so that we may harvest cuttings just before Christmas to root them for pots and hanging baskets for sales in the month of May.

Starting in about a month there will be the packing away of stock in the overwintering houses that will be covered in early to mid-November with white plastic film that will reflect most of the sun’s rays in order to keep the houses cool in winter so that the plants will remain dormant until spring.

Tune into our radio show this Saturday to get the scoop on the Mum Fest as I will conduct interviews with the Mayor of Barberton, members of the Mum Fest Board and of course Bill Aulenbach. Congratulations to Bill on the renaming of the gardens. It is an honor he well deserves.