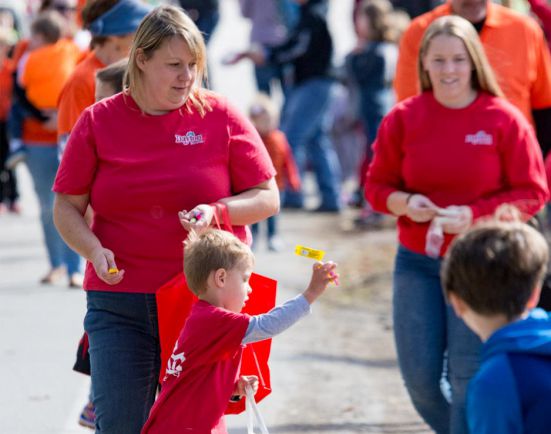 The Mum Fest as always was a big hit in Barberton even with the twist of hot summer-like temperatures into the 90ºF range.  The heat combined with the extreme dryness has taken its toll on the yards and gardens alike.   Unfortunately, September is the best lawn renovation time but without rain and cooler temperatures, germination of grass seed will be delayed as well any recovery of a lawn that has been thatched.

It is imperative that newly planted trees, shrubs and other flowers be hand watered to get root growth commenced into the surrounding soil. Until that root growth into the surrounding soil is accomplished there is a danger of the plant being damaged or even dying due to the inability of the newly planted plant being able to utilize water from even the moist surrounding soil surrounding it.  Even well established shrubs are suffering in the landscape as leaves fall early because of the water stress. Evergreens are another matter as they will not show water stress until it is too late.  Well established arborvitae are not immune from death from drought as was evident by the dry period starting in the mid-summer of 2010 and that continued well into fall. Fortunately at the nursery, the irrigation system is operating flawlessly as it goes through various watering cycles beginning at 4 a.m. in the morning and finishing up at 7 a.m.  With the huge self washing automatic filter, clogged sprinklers are not an issue now and nor is disease from the recycled water because of a chlorine injection system.

The Cider Fest in Norton has begun and the joke going around Norton is that now it will rain as it has done so during many of the Cider Fest celebrations through the years.  Sorry folks, if that’s what it takes to get it to rain, I’m all for it.