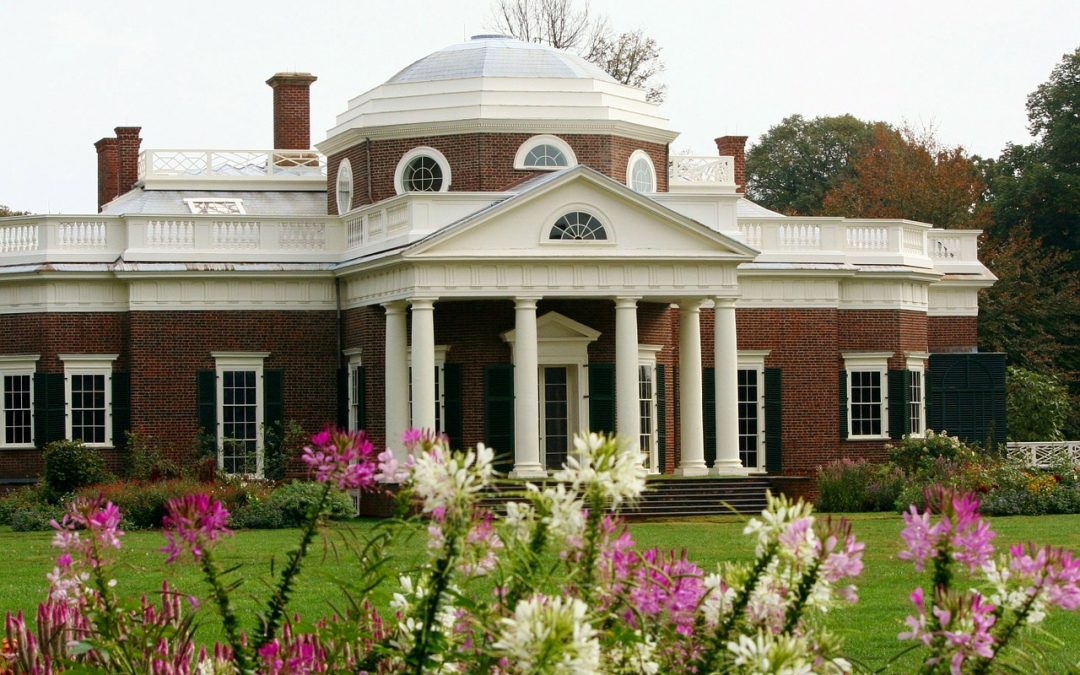 Today is the birthday of one of our founding fathers, Thomas Jefferson born on this date in 1743. Jefferson was a farmer, flower gardener, philosopher, statesman and architect. He is known for three pillars of government:

1. The author of the Declaration of Independence.
2. The guarantee of the freedom of religion.
3. Government support of public education to help ensure that an educated public and one well informed will preserve our democracy.

Jefferson as a plantsman was known for planting over a thousand fruit trees at his Virginia home known as Monticello. During the Lewis and Clark exploration of the Louisiana purchase, Jefferson would spread out the plant samples sent back to him all over the floor at the White House to view and study the samples. As an older man, Jefferson would sit in a chair and read outside overlooking his perennial flower garden behind his house. How fortunate we are today to have had many of the founders that were well educated and curious to have formed our republic during what is known as the Age of Enlightment.

At the nursery, things are heating up like the weather as we are quite busy setting up the outside sales yard. Unfortunately, the lateness in setting up because of the previously cold weather has made things quite difficult because of the fact customers have been coming in and want to do business and not nearly everything is out yet! As Thomas Jefferson said “Always take things by the smooth handle.”

So far April has lived up to its reputation of “April showers bring May flowers.” Who knows, there might even be a late snow yet.