The word around the nursery is “mums”! 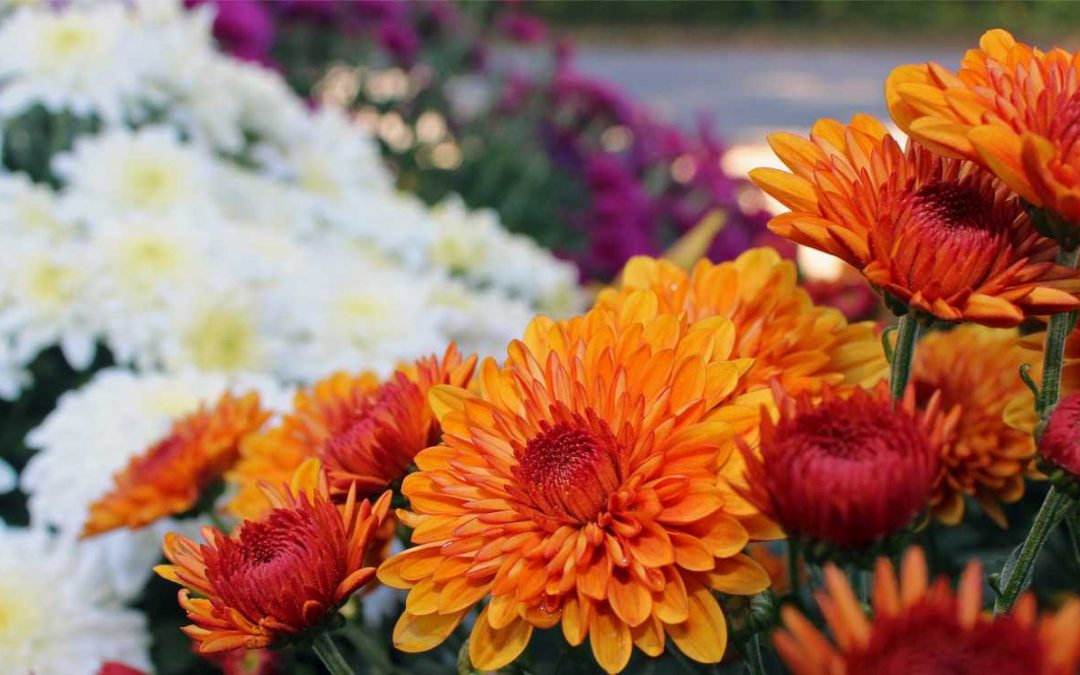 Now with the Mum Fest in Barberton coming around for the weekend of September 29th, the word around the nursery is “mums” with a wide palette of colors and sizes available. Even now, the days have been somewhat warmer than normal causing a delay in bloom times; however the mum display gardens in Barberton have progressed along nicely that will result in a spectacular show as usual. Bill Aulenbach, long time at the Yoder Brothers now Aris and member of the Mum board stated that every year there is some fretting about the timely bloom of asters used in the displays. Bill recounted that during the many years of fretting about timely aster bloom, there was in fact nothing to worry about as the plants have always burst into bloom just days before the festival weekend.

At the nursery, a new perennial display bed is being created to show off established perennials so that visitors to the garden are able to fully grasp the idea of a more established garden. Then after the Mum Fest, the planting of several thousands of tulip bulbs will ensue in order to decorate the grounds in late April and early May. Some trees and shrubs we will discontinue for next year as they are not popular with the general public and do not sell well. Such was the case when some customers asked for a dedicated area of native plants that we created in
2005 and then brought back in 2009. The results were not promising so that while we do have and still promote native plants, the selection is somewhat limited and they are scattered about the nursery.

Igloo mums were a big hit this year as three different shipments arrived totaling nearly 400 Igloos in a ten inch container and just full of vibrant color to return year after year.