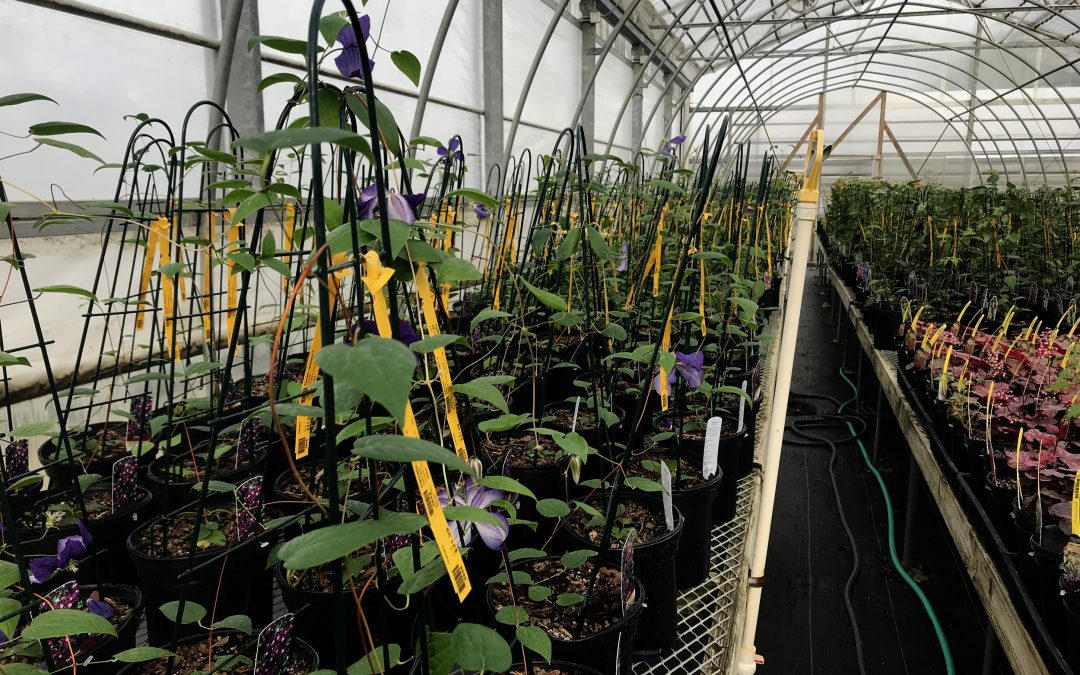 This weekend’s Mum Fest in Barberton will be quite busy to say the least with all the activities centered around Lake Anna. As an outgrowth of the first Mum Fest in 1991 to celebrate Barberton’s Centennial, the fest activities and site has grown exponentially. When the town founder, Ohio Columbus Barber started construction on his mansion, barns, greenhouses and other out buildings starting at the turn of the century, it is said that as many as 2,000 people a day would come to see the massive projects going on all at once.

At the nursery, potting of perennials still goes on as well as nursery stock. Clematis that were potted in July are growing like mad and will be “put to bed” in late October under the greenhouse benches to be brought out in early March to be sold starting in mid-April. The winter time is when the plant roots grow and bulk up to produce a lush plant by the time spring arrives.

The perennial house is starting to run somewhat low with much empty space now being filled by garden mums.

So here’s the scoop about garden mums:

In brief, there you have it. Happy mum planting and happy Mum Fest!