The Seminars Roll Along 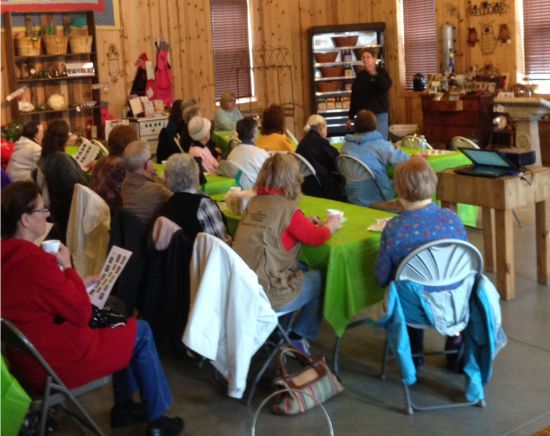 As the seminars roll along, the winter weather although still cold seems to be abating.  Saturday’s seminar will be that of of Professor Laura Deeter of Landscape Horticulture and Horticulture Science at Ohio State ATI in Wooster. Professor Deeter will be discussing the aspects of the maintenance of herbaceous perennials that especially to the inexperienced gardener can be quite confusing. Some perennials while beautiful, require lots of attention to make them shine just as they appear in sales catalogs while others require little if any at all.

What a relief that the on and off problems with the boiler in the greenhouse seem to be over after a sensor was replaced. The boiler is a necessary component in our rooting of the endless cuttings that keep coming in from Central America as the hot water in small tubes it provides keep the rooting zone a constant 72º F which is perfect for root formation and even seed germination. After rooting, the cuttings sit and grow for two more weeks before being transplanted into the containers in which they will be sold beginning in May. More and more sections of the greenhouse are being opened as the plants take up more space after transplanting or need more space due to the light of the late February more intense sun and now the longer growing days.

At the end of the month, rooted dahlias will be transplanted and then lighted beginning at sundown to prevent the plants from forming tubers instead of flowers. This extra lighting will go on until about April 1st when natural days are long enough to “tell” the plants to grow and not to produce tubers.

Remember too that today is the birthday of our first President and founding-father, George Washington in the year of 1732. As he presided over the convention in a large chair with an engraved sun on the back of it during the heated debates of the Constitutional Convention, Ben Franklin wondered if that sun was rising or setting. Near the end of the convention, Ben decides that for sure it was a rising sun.

See you at the seminars.