This past week marks the time when the light level and duration seems the darkest as the sun actually sets earlier in early December than even the winter solstice in which the length of the total daylight is shorter than early December.

The poinsettias are amazingly free from whitefly due to our friends that are minute parasitic wasps that just love to feed on whitefly larvae. 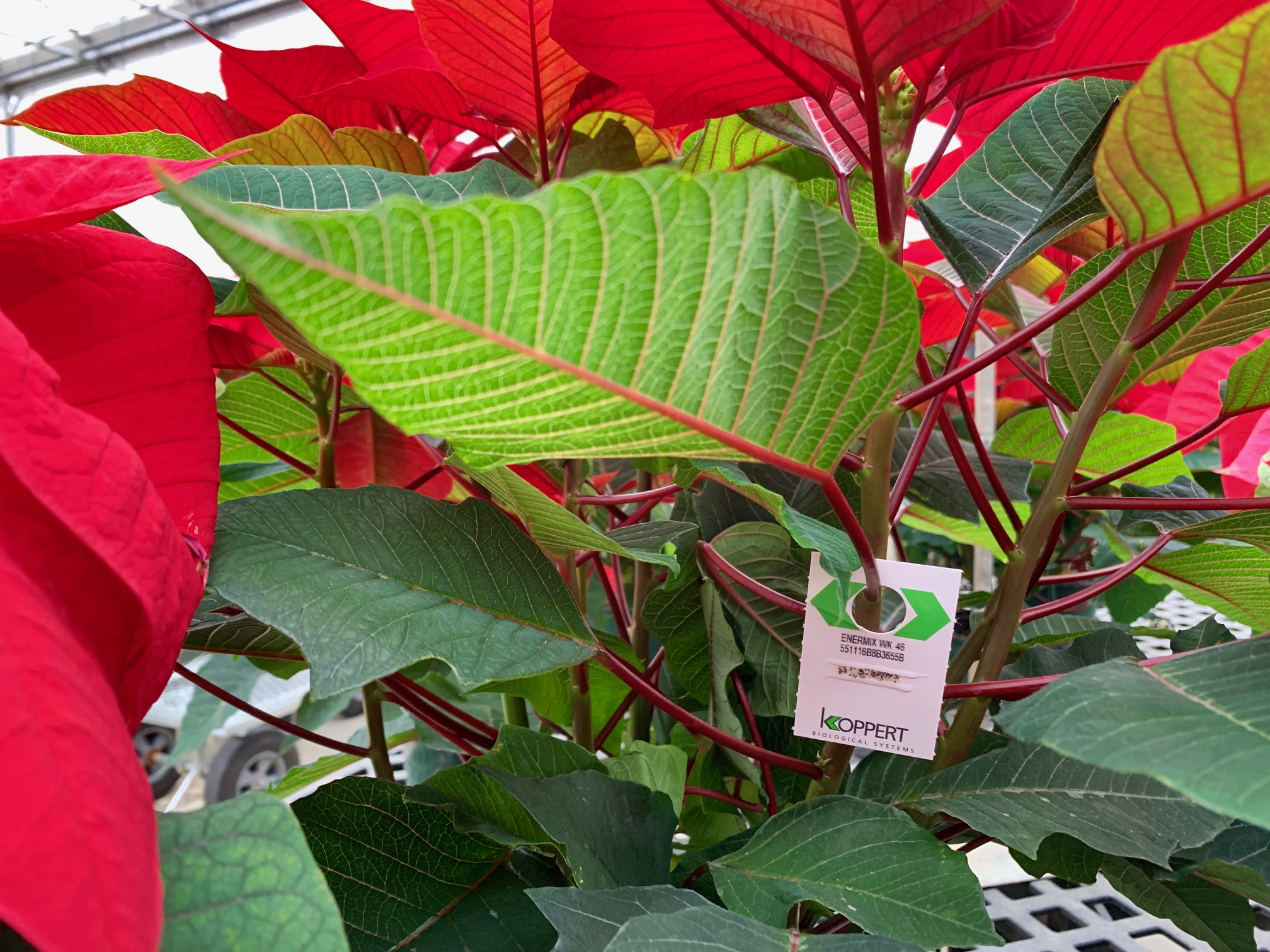 Thanks with help from the Koppert Company, we are still free of the destructive whitefly.  With my careful inspection, I still cannot find even one or any evidence of nymphs or larvae even though I have been looking diligently for 3 weeks.  Powdery mildew or botrytis fungus on the plants has been nonexistent due to earlier sprays of calcium chloride during the production cycle.

Another job to be completed before early spring is to make an additional signage for at least 100 trees and shrubs that will give more details about the plant instead of only the generalities given as to height, spread and flowering time.

Much repeat watering had to be done due to the breezy and warm sunny temperatures of the previous week as many perennials, trees and shrubs in storage were getting to be too dry.

Cut Canaan and Fraser Fir are selling well but one tree species we do miss are Concolor Fir that has blue-green to green needles that are quite soft to the touch and have a light citrus smell.  The Concolor Fir is somewhat rare as it is fussy about drainage and spring frosts sometimes kill the new growth rendering the tree unsaleable the next Christmas season.  Norway spruce makes for a beautiful decorated tree but is notorious for shedding needles quickly if cut too early in the season.

At Galehouse Tree Farm in Doylestown, there is signage that the Norway Spruce area is not to be cut until after December 10th although the Galehouse’s related to me that some folks cut some Norway Spruce the second week of November despite the clear signage of the December 10th preferred date.

No doubt, the weather will become much colder with the only question being “how much colder”.  Just hoping if it goes into the single digits soon a blanket of snow would be a good thing.