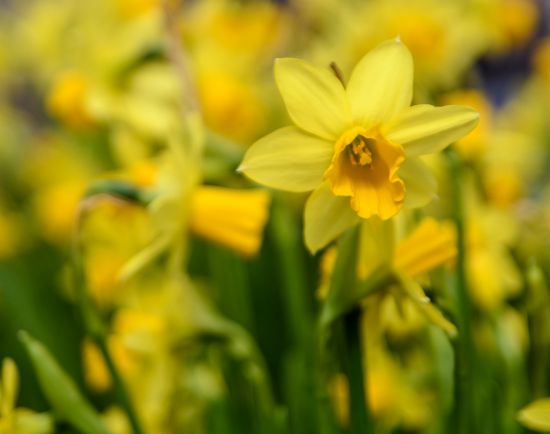 As of last Tuesday, we have closed our doors for two weeks to comply with Governor DeWine’s order that all non-essential businesses must close in an effort to keep the spread of the Corona virus under control. While not open for business, we are still here as we must maintain the inventory as we still plant, water, trim, fertilize and move plants in anticipation for the day that we will be able to reopen.

Since the virus is now known to be very efficient in spreading disease, the Governor‘s plan is to break up its transmission with person to person contact which has become known as social distancing. The Governor is not timid in his determination to keep Ohioans’ safe and healthy so that many of the most vulnerable citizens which mostly are elderly can be protected.

As a delegate from the Summit County Farm Bureau, I was quite impressed with the Governor’s luncheon address to the Ohio Farm Bureau delegates as he stated the Lake Erie algae problem must be solved over many years and asked the legislature for 900 million dollars to deal with it over ten years but only received 172 million for two years. The Governor’s response is that he is going back to the legislature. He briefly expressed his desire for better mental health evaluation and care for children in Ohio schools as well as his concern for the people of East Cleveland which is generally poor. As he stated in his February 15th address in Columbus, his vision for the State Government is to foster the conditions that enable Ohioans to realize their full potential of their God given talents. While not everyone will agree with everything the Governor does, he doesn’t seem bothered by anything even disagreeing with his own party on some issues and seems more concerned by doing the right things. My personal view is that Governor DeWine is well suited to get the State through the virus problem and tackle many other problems facing the citizens of this State whether rich or poor, black, white or brown. How fortunate to have a leader look out for our interests instead of doing what might be politically expedient.

Remember that we will still be here to answer your questions via email or phone.