Oh No – A Clogged Water System? 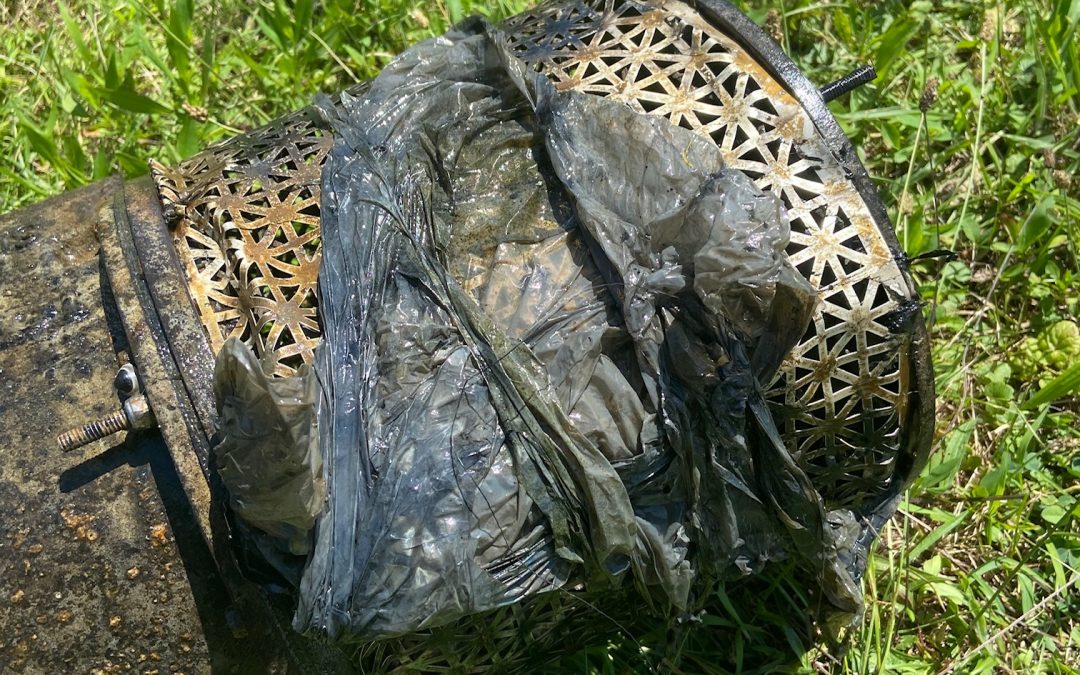 We had quite a scare last week as our water system was not operating properly.  With a cleaning of the filter and a repair on a valve, the restart of the pump resulted in the shaking of the entire piping system in the pump house!  After pulling the intake from the irrigation pond, we discovered a plastic bag was clogging the intake!  After removing it and repriming the pump, everything worked better than ever!

Although the stock is growing very fast including the weeds that we try to keep a check on with the use of coco discs on the top of the container plants, weeding is much less.

More perennials have become ready along with grasses and many more trees and shrubs.  Finally, one collection of familiar and many new magnolias have become ready such as Genie, Emerald Tower, Sprite, Woodsman and many more.  Then , our evergreen azaleas that sold out fast in the 3 gallon size have been moved to the sales area.  For some reason this spring, evergreen azaleas were a big hit with customers with sales even doubling from last year.

Strange too was the quick selling of our larger growing varieties such as Ethylyn and Mikado that last year sold only so so.  The azaleas just received their final trim 2 weeks ago and now are getting ready to form their flower buds to open next spring.

A pesticide which is relatively mild and not so harmful to helpful predatory insects was also applied two weeks ago to stem the pest called the azalea lacebug that was accidentally introduced from Japan in 1927. Normally two sprays 10 days apart right after bloom in spring is enough to keep this nasty bug under control; however, as a precaution we don’t use acephate (Bonide Systemic Insect Spray) as Azalea Cascade is sensitive to the product as we spray more often at the nursery.  Come on in and check things out as things change every week.