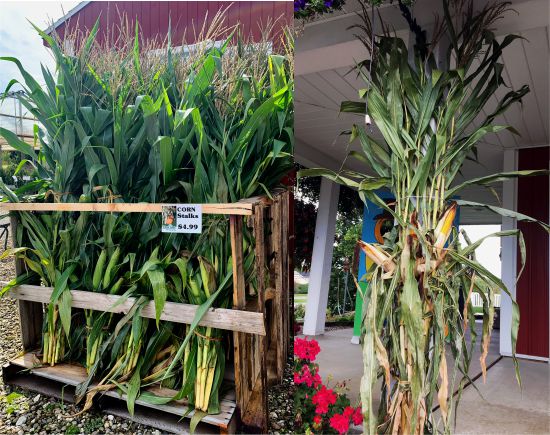 As it goes, we’re still taking plants from the growing areas to the overwintering houses to get ahead on the season and the fact that temperatures have cooled down to allow the plants to be shoved together.

The mum business is all but finished as supplies everywhere of quality mums have dried up. More perennials from our summer planting have become available such as a new cone flower called ‘Atomic Orange’ (shown below) which is truly an electric orange and at least 8 new daylilies including a new smaller red one called ‘Double Pardon Me’.

Corn stalks are in good supply again for the weekend along with the ever disappearing pumpkins that are used for decorations in fall. We have restocked with large orange pumpkins, smaller white pumpkins, pie pumpkins and mini straw bales are also back in stock!

Another load of arborvitae and Green Giant Cedars finally arrived as well as more boxwood and Viburnum to be repotted for future stock next year.

Don’t forget that time is almost out for lawn renovation and new plantings.

It’s now time for spring bulb planting and we will soon be planting our share of bulbs to decorate the grounds for about mid-April through mid-May.

So much to get done!